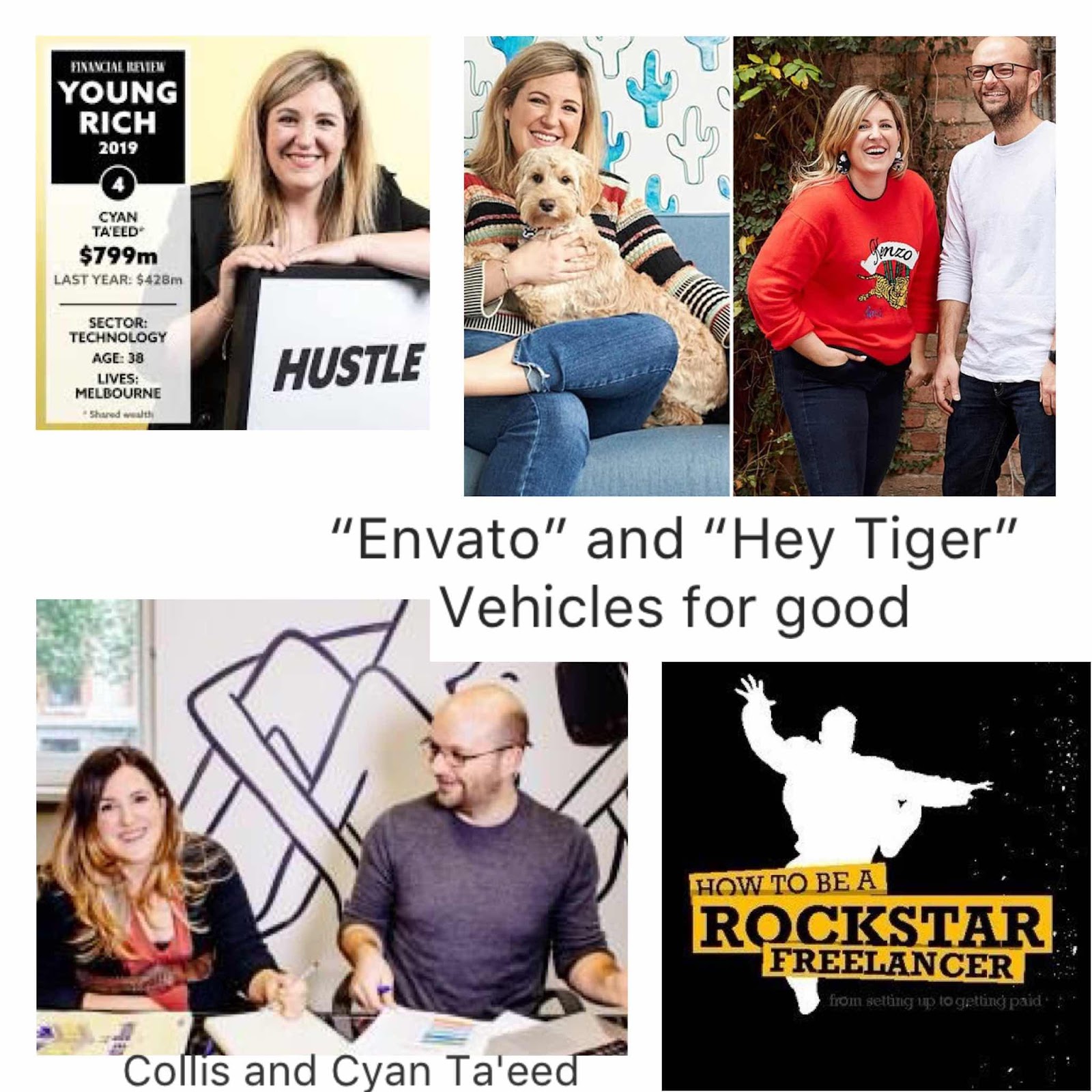 Collis Ta’eed –  co-founder of Unicorn  Envato, –  is stepping down as CEO after announcing a record profit of $18.75m on a turnover of $200m to its 360k paid subscribers and 2m active users.

Envato is a a Melbourne-based digital marketplace to the creative community people buy and sell creative digital goods like music, graphics, video, photos, website themes and basically anything you might need for a creative project.

Envato – bought  Mexican Company PlaceIt in 2018 – a  competitor to Canva in the simplified graphic design market – doubling its workforce from 300-600.

A global search is being undertaken for a CEO to take Envata to the next stage of its journey. There is an abundance of talent from the likes of other content creators such as 99Designs, Airtasker, Canva, Freelancer.com and Redbubble – which have all boomed as housebound hobbies during the COVID-19 pandemic has seen rapid growth in the sector.

“It’s time to let someone else with fresh ideas and energy lead the day-to-day running of the company. I feel comfortable in handing over the keys while the company is in good shape,”

Envata has its  company values, based on the core value “when the community succeeds, we succeed.”

Around this , values include

”not just the bottom line,”

That stems from the reality that there are thousands of talented people all over the world selling with us, and our goal as a business has to be about helping them earn a livelihood doing creative work they love on their own terms.

Cyan says that she loves that this value is also applied to our community of team members and our broader community.

Envato was recently listed in the top 10 Best Places to Work of Australian workplaces with 100-999 employees.

It’s the sixth consecutive year it has been recognised in the Great Place to Work awards.

‘At Envato, we’ve worked hard to cultivate 100 per cent flexible work. For the members of our team who have ongoing mental health differences that make it hard to get to work sometimes, being able to work from home whenever they feel they need to makes a meaningful difference,’ said Cyan

Collis 40 and his wife Cyan 39 started selling its first Subscription as a Service with Adobe Flash products 14 years ago from their garage expanding to now selling everything from WordPress templates to 3D printing renders. SAAS is the go!!!

They are  ranked fourth on 2019’s Financial Review Young Rich List with the couple’s stake in the wholly family-owned business valued at $799 million.

So where to from here?

Cyan has developed “Hey Tiger” a chocolate brand that is all about pairing chocolate with unusual flavours, the best ingredients, and incredible design. It’s  100% owned by a charitable trust that funds community development projects with cocoa farming communities in West Africa (where most of the world’s cocoa is grown). Collis will be joining Cyan once the handover to a CEO is complete hopefully by end of 2020.

20% of Envato’s operating profit has been shared with staff, who mainly sit in Melbourne or the Mexican city of Guadalajara, with 2% being donated to charity – mainly Homeless charities in Melbourne

The entrepreneurial couple made headlines when it was revealed they generously offered a $13 million profit share to 1000 current and former staff.

This is despite Envato profits almost halved in 2017-18.

‘That was a fun email to send. I had former colleagues ringing to check it wasn’t a phishing scam,’ Mr Ta’eed told AFR In April.

The search for Envato’s new boss is global, although Mr Ta’eed noted there was plenty of great talent both within Envato and Australia’s online marketplace scene,

Mr Ta’eed will remain chairman of Envato’s board, which also includes Cyan, his father Fuad and brother Vahid.

Additional independent directors could be appointed as part of a renewal process under the new chief executive.

This article has been sourced from various articles including from

Michael Bailey of afr – who writes on entrepreneurship  and the arts. He is also responsible for the Financial Review’s Rich Lists. Connect with Michael on Twitter. Email Michael at m.bailey@afr.com