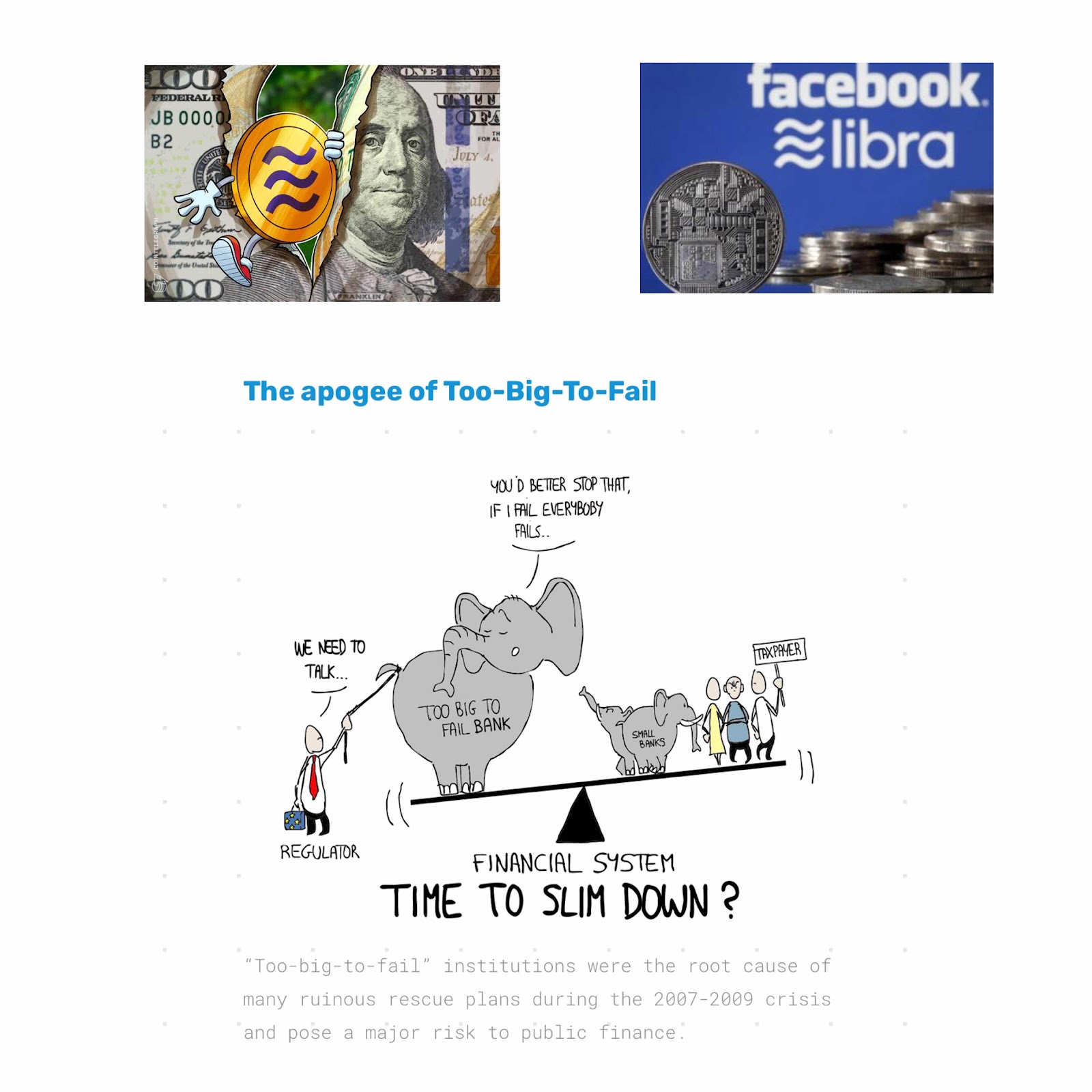 Why has Facebooks plan to launch its currency Libra in 2020 and is being condemned  by the governments across the board? (See what they are saying https://australianinnovation.blogspot.com/2019/09/what-governments-are-saying-about-libra.html)

He/She/It  who controls communication, the virtual world and the economy (the money)- controls the world.

Does the USA Government feels  that if they don’t have control of the airwaves, currency and communication in virtual space, it will marginalise their power?

When a company controls the economy and knows more about every citizen than their government does, government will sooner or later want access and control over that information.

This may lead to breaking up the company and the Government(s) taking control of the business.

It’s can be likened to a punter “beating the bank” at a casino. He/She/It  will be kicked out. It’s sort of like “right of admission reserved”

Bill Davidow talks about the power of virtual space, currency and what the threat to physical governments are.

“The Big IT companies are companies but they are also the ruling governments in virtual space.

The real threat of the Libra in my opinion has nothing to do with many laundering.

The real threat is that a well designed virtual currency will be better than the dollar or Euro.

If that happens the USA could lose its power to issue debt in its own currency. US citizens might prefer the Libra to the dollar just as citizens of third world countries prefer Bitcoin to local currency. If that happened the government would be out of the dollar business”