$4 Billion Self Storage Market being disrupted by Startup Second Closet with a $13.2m raise 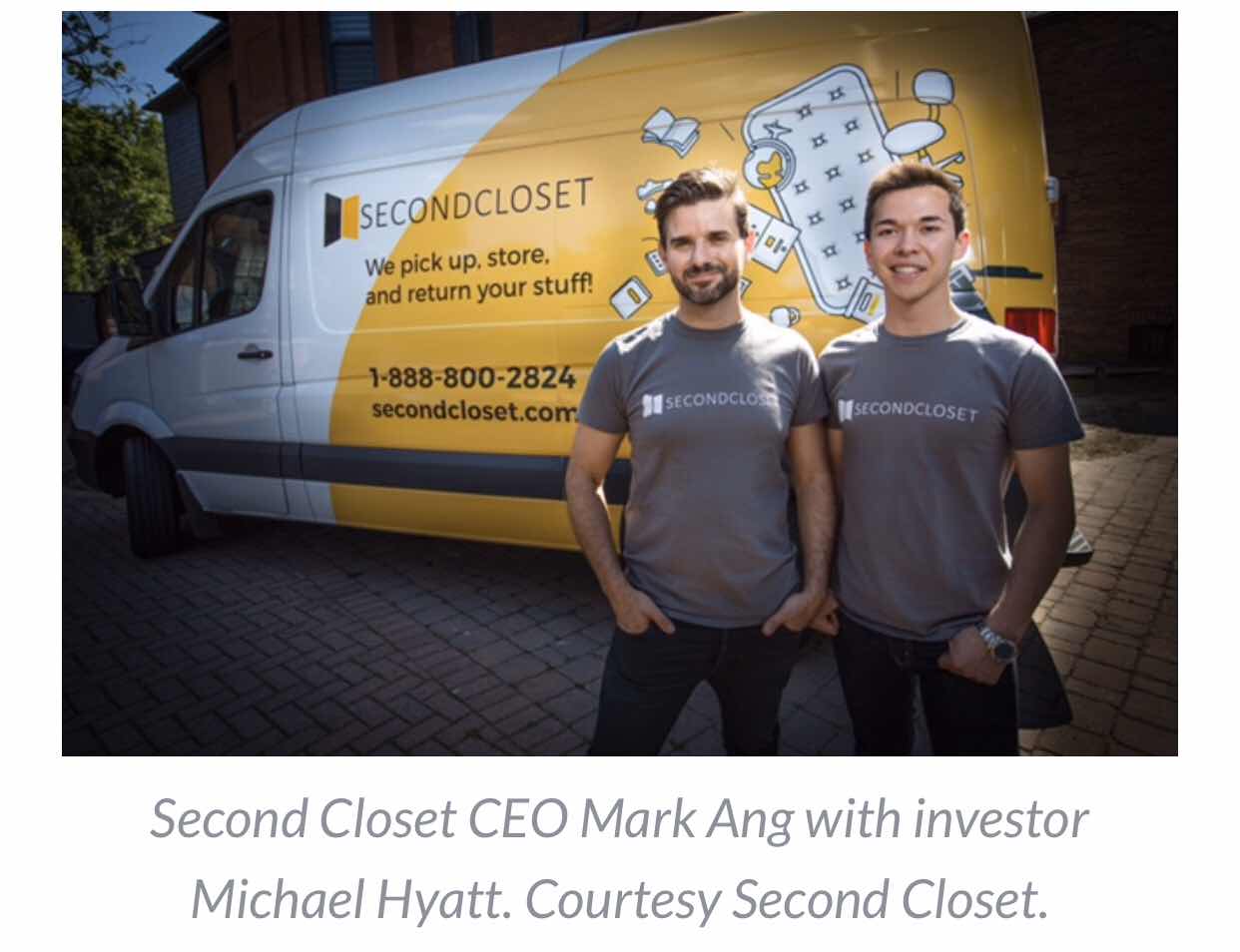 “The self-storage space is a few billion dollar sleepy industry and our model is customer focussed.”

Second Closet’s digital platform allows people to order and schedule the pickup and storage of their belongings, and only pay for the space they use.

The company provides boxes for people to store their items in, and picks them up to be stored at a warehouse. Many of Second Closet’s customers are seasonal users living in apartments and looking to free up space.

Used by thousands of customers across its two locations, Second Closet claims to have seen triple digital revenue growth over the past year.

What the raise is going to be used for

The $13.2 million is meant to help “pour accelerant” on Second Closet’s growth – using the financing to

It’s about A $4b untapped market

The self-storage industry is one of the fastest-growing sectors in commercial real estate in Canada, according to a reportfrom industry market researcher IBISWorld. With a total revenue of $4 billion in 2019, the industry has benefited from dense urban cities – like Toronto and Vancouver – which increasingly see people living in smaller homes with limited storage space.

This industry has yet to see significant technological disruption.

“We are looking to change the game from a customer experience perspective and a usability perspective.” – Steven Ang

In an era where consumers are used to “immediate gratification” from rideshare and food delivery apps, for example, Second Closet is operating in a way that fills that gap for the self-storage industry.

It’s about your Investors and Alliance Partners

Second Closet is backed by

– Whitecap venture and Partners and  a number of Canada’s biggest real estate players.

“the self-storage industry has not seen innovation in decades and Second Closet has the potential to be one of the Canadian biggest tech exits, given its team and the market it is addressing.” -Steve Lau, partner at Whitecap Venture Partners, which led Second Closet’s Series A round

The Cowie brothers are also executive vice presidents at Canada-based global commercial real estate firm Colliers International, and have a long history of working in the real estate space.

One of Cowie Capital Partners’ four investment focus areas is self-storage, where it operates 500,000 feet of gross leasable land throughout Southern Ontario, through storage company Self Stor

– Dream Maker Ventures, the venture arm of Dream Maker Corp., a Toronto-based asset management firm that operates in real estate, development, and property management. The firm has opened doors for Second Closet by giving the startup access to its multiple real estate properties, and by promoting Second Closets to its residential property tenants.

Second Closet leases its warehouses to be agile, and is focused on the B2C space for the time being, as it is “swamped with demand.”

– MIG Group, which led Second Closet’s previous round, and BlueCat founder Michael Hyatt, who has been with the startup since its early days.

It’s about the People

It’s about the people, says Michael .

“Mark is smart, coachable, and super hard working. I think Second Closet brings a higher level of simplified logistics for both people and businesses when it comes to storage and deliveries. He’s a fucking star.”

Thanks to Beyakit for the story
https://betakit.com/second-closet-raises-13-2-million-to-disrupt-billion-dollar-self-storage-market/
Meagan Simpson – Betakit – Canadian startup news
Posted on December 14, 2019