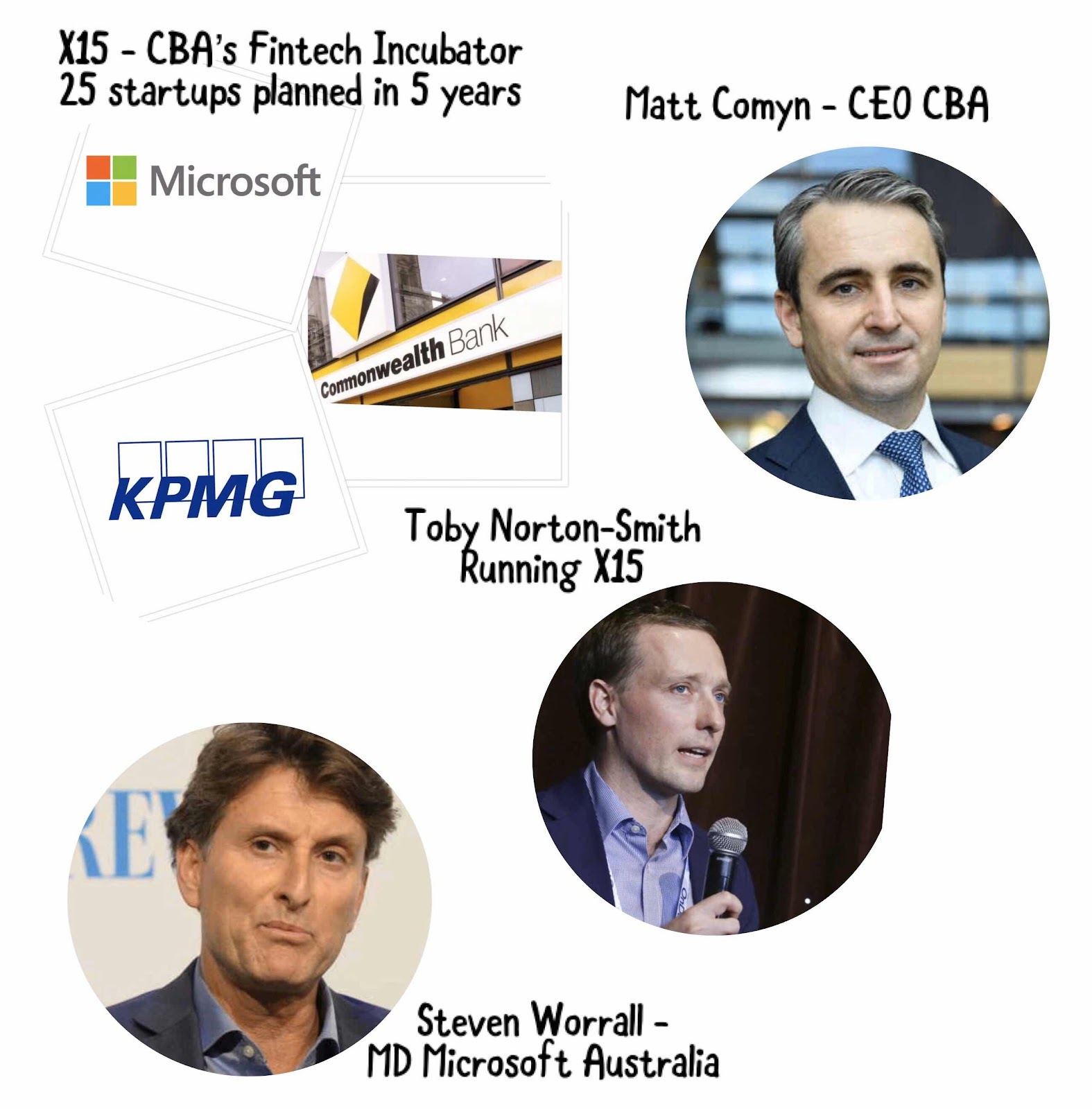 The CBA is open for business – supporting fintech startups with X15 enabling them to leverage the bank’s balance sheet and brand .

CBA has teamed up with Microsoft and KPMG to launch X15 – an incubator which plans to fund 25  fintech startups in the next 5 years – with the hope of adding value to its existing and new customers.

CBA will need to transition its technology systems amid IT transformation in the global banking industry – and to do so – they need to innovate and  enhance its CBA’s banking applications.

It is well known that innovation in a large enterprise is difficult – where failure is not tolerated! X15 will allow innovation in a startup environment – said Matt Comyn – CEO of CBA .

“Our startups will have access to a technology stack and operating model that sits outside of the CBA group, but with the support of the bank infrastructure enabling them to achieve rapid growth.”

“New ideas can be brought to market faster with external managers operating and outside the bank’s traditional product development cycles.”

KPMG High Growth Ventures is working as an adviser while Microsoft will provide platform and engineering services, including providing the new businesses with access to its artificial intelligence technologies.

Microsoft Australia managing director Steven Worrall said that the next wave of major technology breakthroughs “will come from partnerships such as this, bringing together our deep technical capabilities and absolute clarity about the business challenges that need to be addressed.”

X15 was announced shortly after the nmbank

pumped  almost $450 million into Swedish fintech Klarna, which launched an integration with the CBA banking app last week, to offer instalment payments services as Millennials shift away from spending on credit cards.

Home-In, a digital concierge to assist customers with the home buying process; and