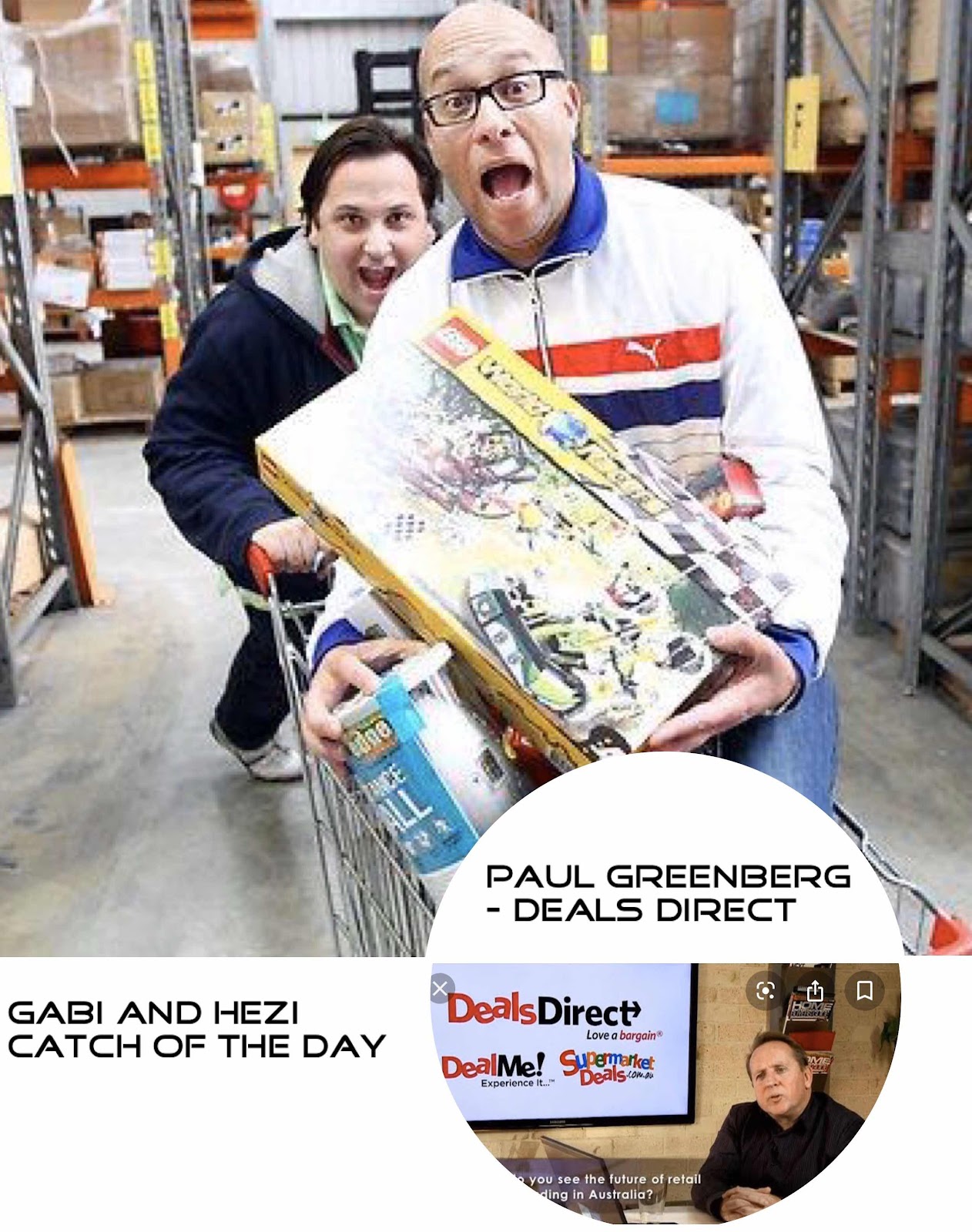 Retail guru, Paul Greenberg , shares the 10 “Ps” that made for a perfect exit of Gaby and Hezi’s “Catch  Group” to Wesfarmers (owner of Target and Kmart) .

“Wesfarmers Limited today announced that it has entered into an agreement to acquire Australian online retailer CatchGroup Holdings Limited (“Catch Group”) for cash consideration of $230 million.”

The backstory is that Paul was a fierce competitor to Gabi and Hezi – but both supported and respected each other – understanding that all ships sail on a rising tide !

Gabby, Hezi and the leader team have always sought alliances partners and synergistic acquisitions . Some worked – many didn’t!

Catch used Marketplaces and eventually created their own  platform and marketplace where they could add value and collaborate with partners.

Gaby and Hezi – like many early players in ecommerce in Australia started off on eBay.

It’s all about the people and their leader.

Catch CEO, National Harpaz , has built an amazing team . The boys new when to move from entrepreneurial and bring in a strong leader to build a great team so as to systemise and scale.

Part of the “Founders Syndrome” is not wanting to let go. This can be a costly mistake.

“Unbeatable prices” are a key catch cry of their business. Sure value, sure variety, sure convenience, but they stuck to their purpose of price killers. It paid off. Love a bargain.

Gabby put his personality on the line and became the face of the brand. His Personal face and touch  built a great connection with customers.

Who can forget his famous ‘recession shushmession’ on A Current Affair!

You gotta have fun – a massive colorful tube slide  and a serious basketball court says it all. Fun is a value – and they strive to live it

Gabby (and his key team) participated in  retail conferences and shared their experiences and best practice.

The Catch guys are formidable competitors to deals direct –  they recognize their place in contributing towards a growing retail pie, not just their slice.

The Catch guys have never been afraid to take a a punt… Many didn’t work … but one, their investment in Menulog was a home run – beyond!

As Tim Draper (the Silicon Valley guru VC ) says – if he invests in 10 companies and only a few work …. he does exceptionally well!

Catch launched there first physical store in the Chadstone mall, and it will be interesting where there will be a rollout of stores creating more Brand Equity and another physical retailer of note