Netflix was the best-performing stock of the decade, delivering a 4181% return

Inspired by Ari Levy of CNBC 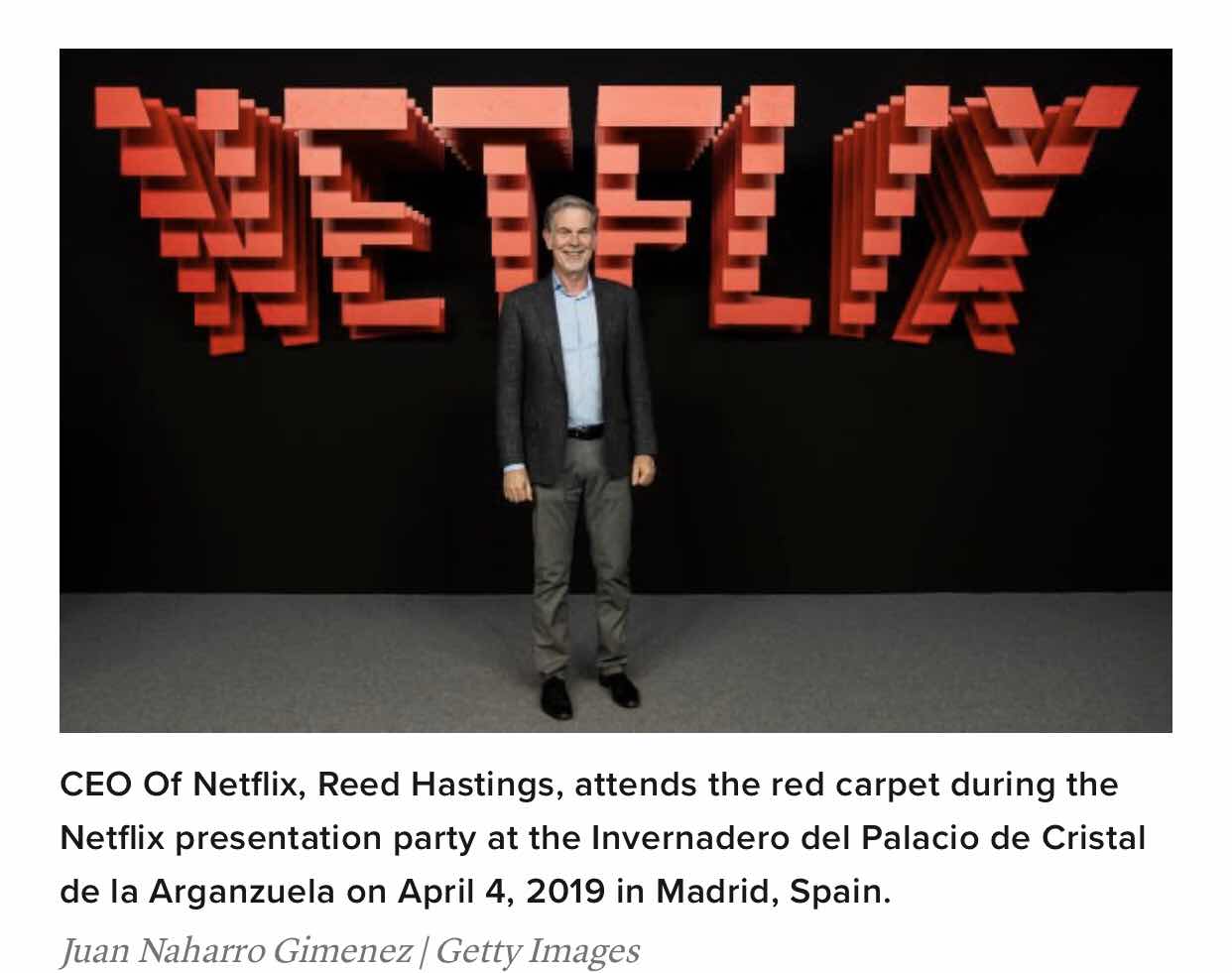 CEO Reed Hastings’ shared a vision of streaming videos directly to your lounge. 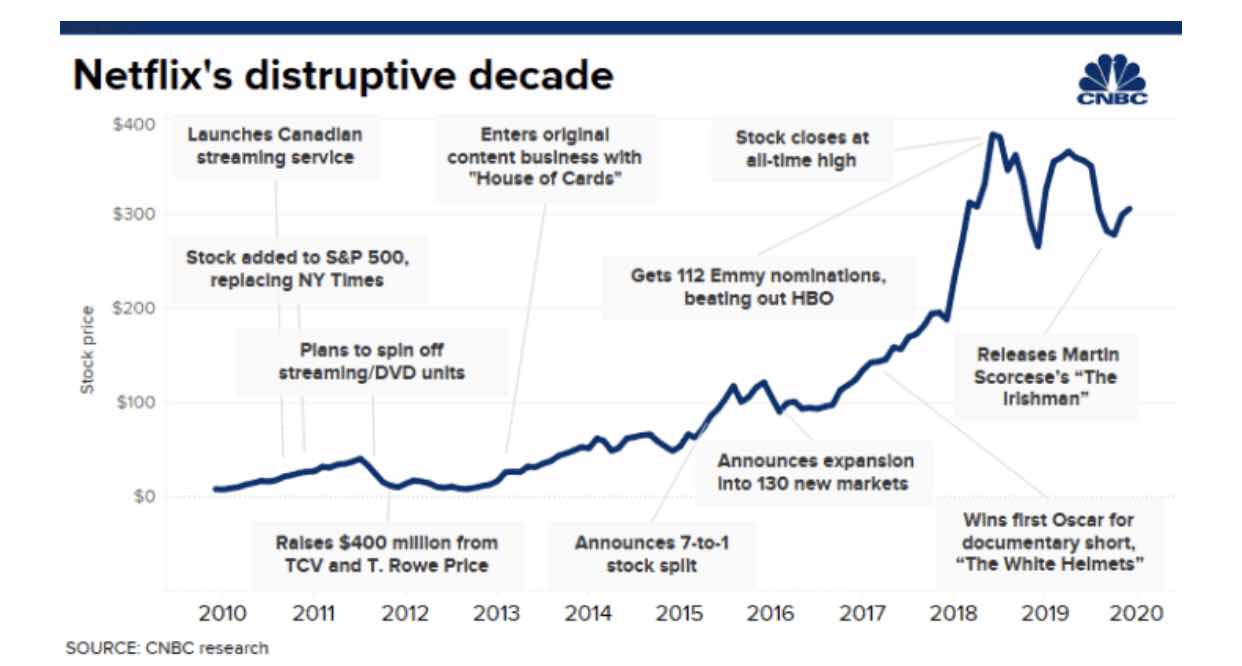 The company has had its issues. In 2011 , the share price plunged and company needed more money …. as the company went to streaming $400m was raised!

Jay Hoag’s firm, Technology Crossover Ventures, led that raise pumped in $200 million in exchange for 16 million shares at $12.26 a piece. With the stock now trading at over $336, TCV’s current stake is worth about $1.66 billion after selling a big chunk of its shares in the years since the investment.

“When you’re being contrarian is when you’ll end up with the most exceptional returns, if you’re right,” said Hoag – who is a proud Director of Netflix .

Why did Jays form invest?

It’s all about content and  originals seem to be the bomb.

The Irishman, Ozark , House of Cards, Narcos  and the Crown are some of the BB series that have taken up a significant portion of my weekends with me binging in front of TV!!

Netflix have invested $15b on content in 2019 up almost 70% from two years  who, borrowing more than $10 billion making debt to equity greater than 2:1.

Competition is fierce with HBO, Disney and Warner fighting for content. Recently  Netflix have lost “Friends” and “the Office”

This is fantastic news for movie industry and creators – Netflix seems to have revived Hollywood and encouraged creators to create!

Case in point … “Otherhood” was among the 10 most-watched Netflix original films of the year, with 29 million views in its first four weeks.

Subscriber Growth is the upside

That is a powerful catalyst for future growth

With the advent of 5G – will Netflix invest in Gamification and Interactive?

High debt, high costs and high competition with a cash burn create a volatile equation for a company that has over half the market cap of WarnerMedia parent AT&T and only 12% the revenue.

Is Netflix going to continue to Innovate?

You gotta listen to my mother-in-law

You’ve got to accumulate to speculate!