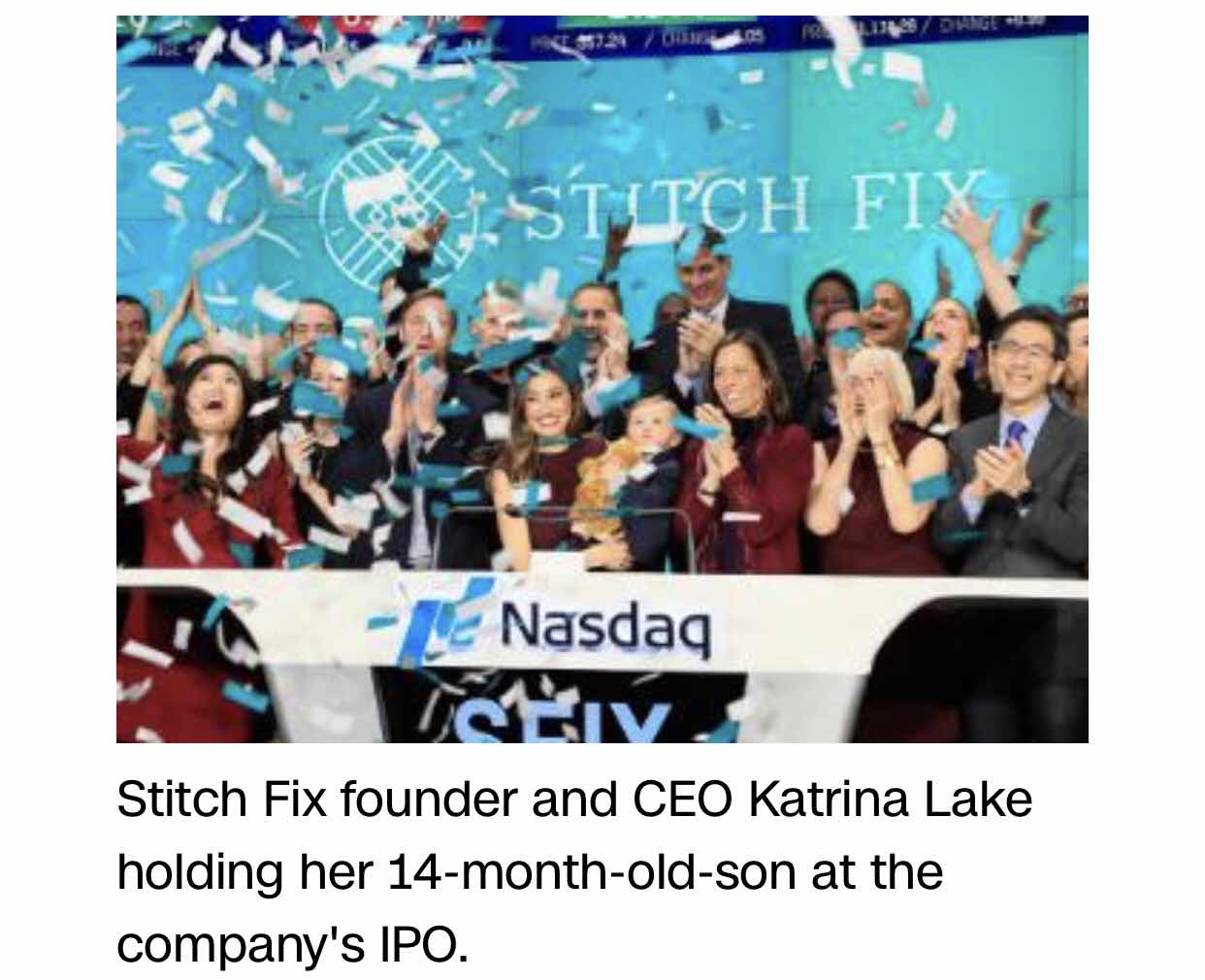 Katrina Lake – 35 – mum – founder and CEO of Stitch fix- now a $3b company,was named by Forbes as one of the wealthiest self-made women in America.

While at Harvard Business School studying for a master’s degree in entrepreneurship, she came up with an idea of bringing a better shopping experience into the homes of women who don’t have the time and easy access to a wide range of fashion options or the time to shop around.

To raise money for this idea – “stitchfix” was a challenge in a 94pc male dominated VC industry.

A personalized shopping service that uses algorithms and recommendations from stylists to curate boxes of clothing and accessories that match a customer’s style, size and fit preferences. Customers have expanded to clothing for men and kids.

A photo of Lake holding her then 14-month-old son as her company went public went viral on social media and Lake became a role model for women — and especially mothers — trying to make it in the startup world.

“The response was amazing. I never anticipated it,” she says.

Stitch Fix has also impressed Wall Street since that Nasdaq debut. The company’s stock has more than doubled to nearly $30 a share as it continues to grow its customer base, sales and profits.

What Katrina Lake focuses on as a CEO

Lake says one thing she has realized is that her role as CEO goes far beyond boosting the bottom line.

“I think it really forces you to think more about what is the culture that I’m creating, what is the impact that I’m having,” she says.

Latest Blogs
From Little Tech – Big Tech Grows
Australia is currently producing *more than* a unicorn a year.
When you invest – what’s more important – the product or the people
R&D tax incentive (RDTI) A great opportunity to make a difference
Seller raises $6.3m led by Square Peg
David Thodey Pictorial on Covid and Innovation in Oz
Enko Chem raises $45 million to develop crop protection solutions with AI
Canva doubles valuation to $6B in a year !
A post about smashing through the leadership lid,
The importance of protecting your investment in your business