Is Amazinco the start of another Ozzie Unicorn ? 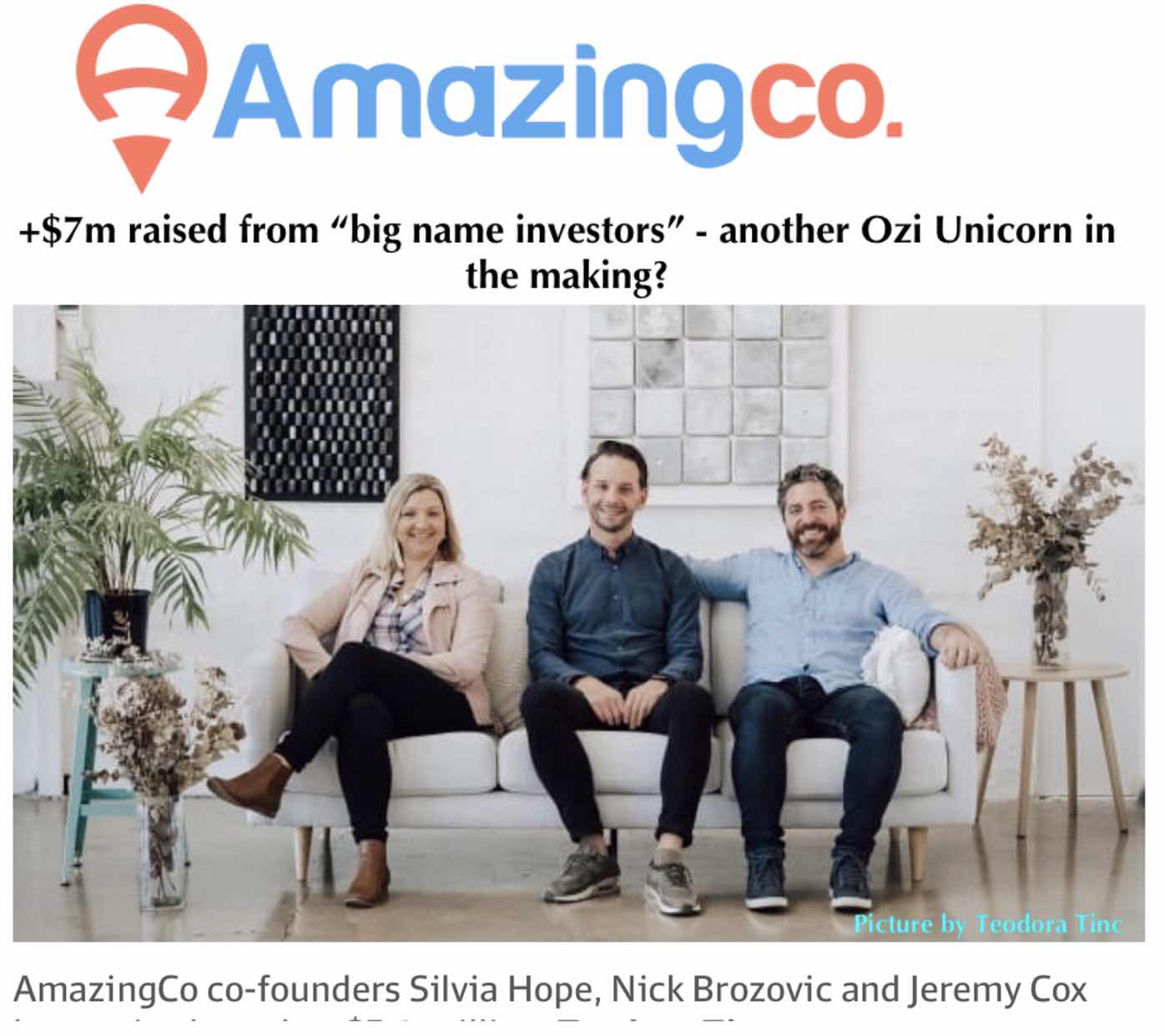 Amazingco has raised over $7m from “big name investors” including

Amazingco sells experiences – offering thousands of tailor-made experiences aimed at couples, families, friends and companies wanting to do something fun in their city.

They recruit and train locals to manage the experiences in each city , forming relationships with quality third-party providers such as Race Party, cheese shops, wine bars and restaurants.

Utilising data on people’s interests to suggest activities for them, (similar to how Netflix gathers data on what shows a person watches to make recommendations) has brought digital efficiency and scale to an industry that previously has been paper and phone calls.

Augmented reality experiences, using people’s phones are enhancing experiences is a passion of Jeremy Cox, who is keen to enhance the world around people with technology.

(IK comment) Noirin Mosley’s – Race Party – which provides Slot Car racing with augmented reality – is a Melbourne experience that can open up in every city that Anazingco opens in (just a thought!)

Melbourne and Sydney alone the market is worth about $2.7 billion each….. just a small percentage of the market will do!!

In the past six months, the company has expanded across 23 US cities such as Chicago, New York and Los Angeles. By early 2020 it will be in 50 cities globally, including Paris, Montreal and London.

Ozzie Innovators are on a role