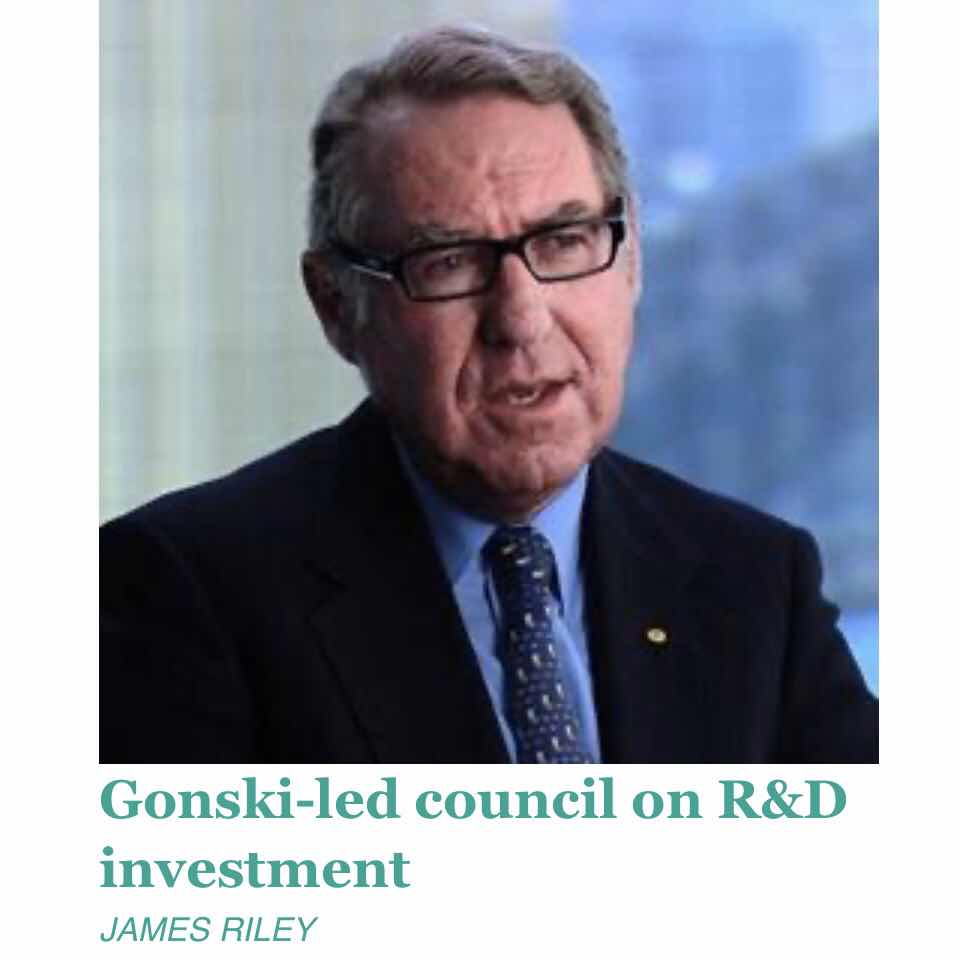 The New South Wales government aims to sharpen its focus on the deep tech end of the research and development spectrum with the appointment of a senior advisory council to help accelerate R&D investment and commercialisation in the state.

Led by ANZ Bank chairman and University of NSW chancellor David Gonski, the advisory council met for the first time yesterday, and called for public submissions for a body of research that would direct policy aimed at fostering R&D and its commercialisation in NSW.

The state is seeking input to answer two primary questions;

The program is being driven directly from the Premier’s department by the parliamentary secretary to the Premier Gabrielle Upton.

The new council is a blend of academic, research and business experience, perhaps with an emphasis on grey hair and connections over youth.

In addition to Mr Gonski as chair, the council includes:

The creation of the council comes at an interesting time for NSW investment in the tech ecosystem as the state government considers a massive infrastructure investment in creating a Technology and Innovation Precinct in the Central to Eveleigh and surrounding area.

“R&D in NSW already has strengths in a range of fields, supported by NSW’s world-class universities and industry, for instance, in advanced manufacturing and in agri-business,” Ms Berejiklian said. Now is the time to step up our efforts and to lead the nation.”

Mr Gonski, in his capacity as the Chair of the Council, said: “the first meeting was highly productive, with insightful and engaging discussions and contributions from the Council members.”

According to the NSW Innovation and Productivity Council’s 2019 Scorecard, around $11 billion was invested in R&D in NSW in 2018, equivalent to 1.9 per cent of the gross state product.

Ms Upton said the Advisory Council will next year deliver a Plan of Action for making NSW the R&D leader within Australia.

“I look forward to hearing from all sectors and the community on how R&D can help solve our big challenges that will make a difference for everyone in NSW,” Ms Upton said.