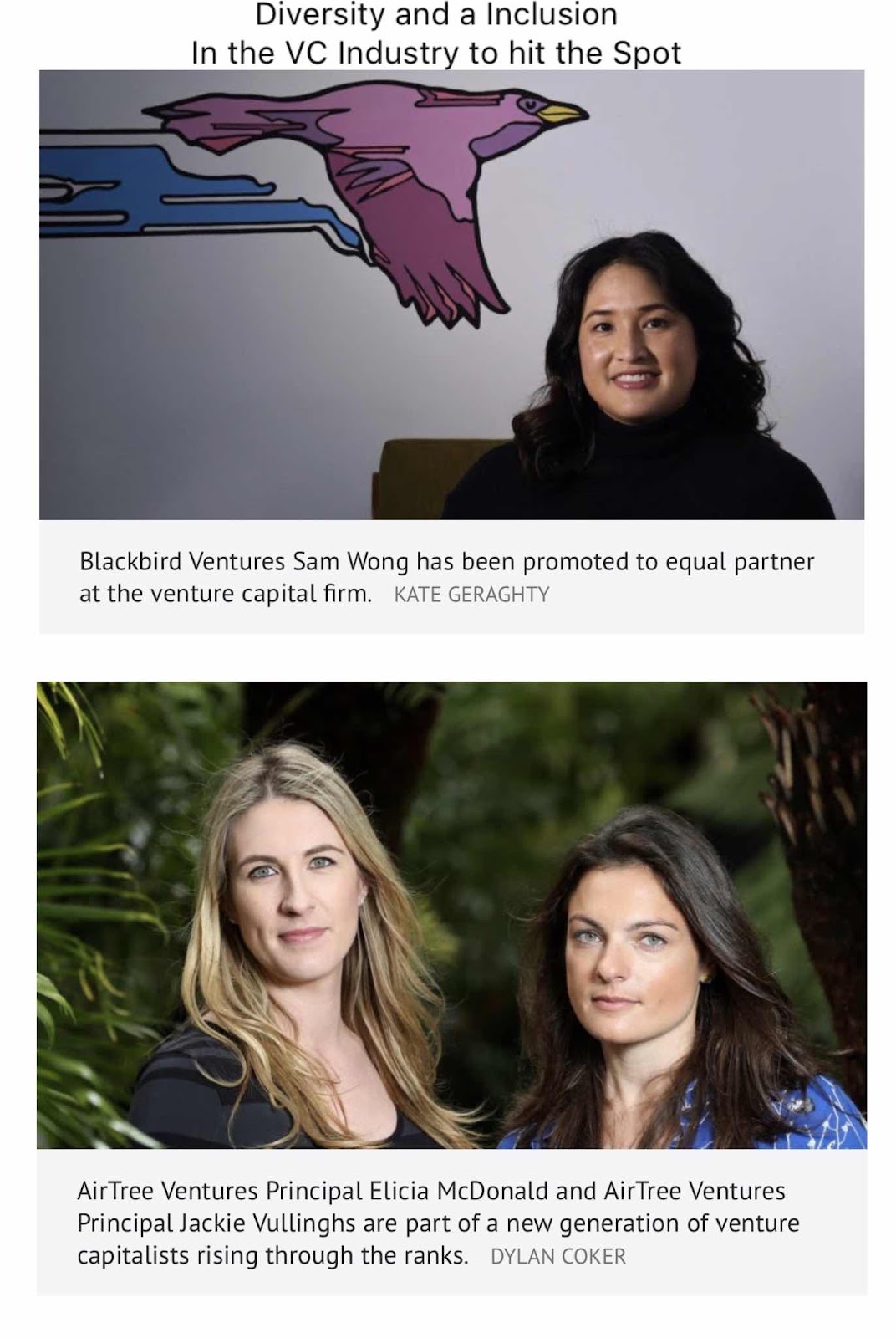 VC firms – a predominantly white male dominated industry is being disrupted – in a positive way!

Diversity and Inclusion is hitting the spot!

Elicia McDonald, 31, who was made a principal at Airtree last year, said greater diversity would strengthen venture capital and by extension the startup sector Australia.

“It’s not just a gender thing but having diversity of opinions across investments leads to better outcomes,” she said.

Blackbird partner Ms Wong said the sector was changing and likened working in venture capital to an apprenticeship, where working directly with founding partners Rick Baker and Niki Scevak allowed her to learn the craft of venture capital.

Ms Wong said there is much to be done  to ensure opportunity is available to those  that did not found a successful company or go to Stanford when Google and Facebook started, and disadvantages migrants and women who may not have accumulated a lot of wealth.

“We need to look at diversity through not just gender but also a socio- economic background and race as well. We are just at the start of this.”