Desperation is not referable – “the new best friend”

This is gold from BNI founder, Ivan Misner 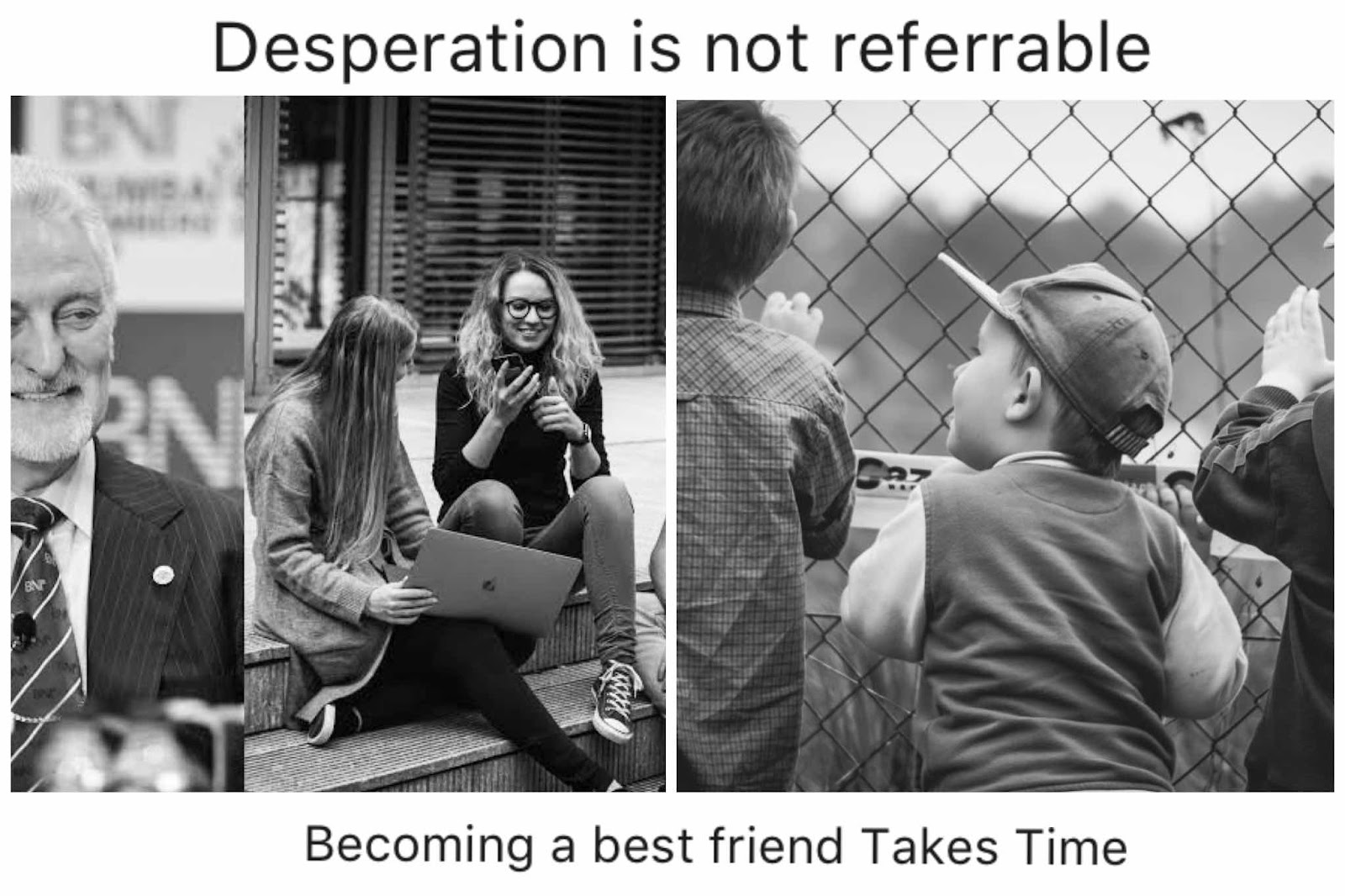 When people demonstrate certain behaviors as part of their networking efforts, it’s a tell-tale sign of desperation.
There are four types of behaviors that desperate networkers exhibit. “The New Best Friend” is the final of these four “desperate networker behaviors” that he shares

Follow-up with the people you meet at a networking event is important.  But be a professional – not a stalker.

The New Best Friend is the over-eager seller who after you meet at a networking event – calls you, emails you, social media messages you, and tries to become your New Best Friend in the space of just a few days.

Desperation seeps from their pores.  I’ve experienced this many times over my career.

The one that stands out the most in my mind happened a couple years ago.  I met a young man (late 20’s) at a networking event and he went right into “New Best Friend” mode – calling several times, emailing every day, messaging me on Facebook etc.  But when he wrote me and said that he thought of himself like my son (yes, seriously – he said that) and he needed my help in his business venture – I had to pull the plug.  I tried to pull it gently by talking about the importance of establishing credibility before pitching something and that the process of developing credibility takes time.  Curiously, my “new son” abandoned me.

networking is more about farming than it is about hunting.

There are no short cuts

Check out these links to the other three types of “desperate networker behaviors” below: