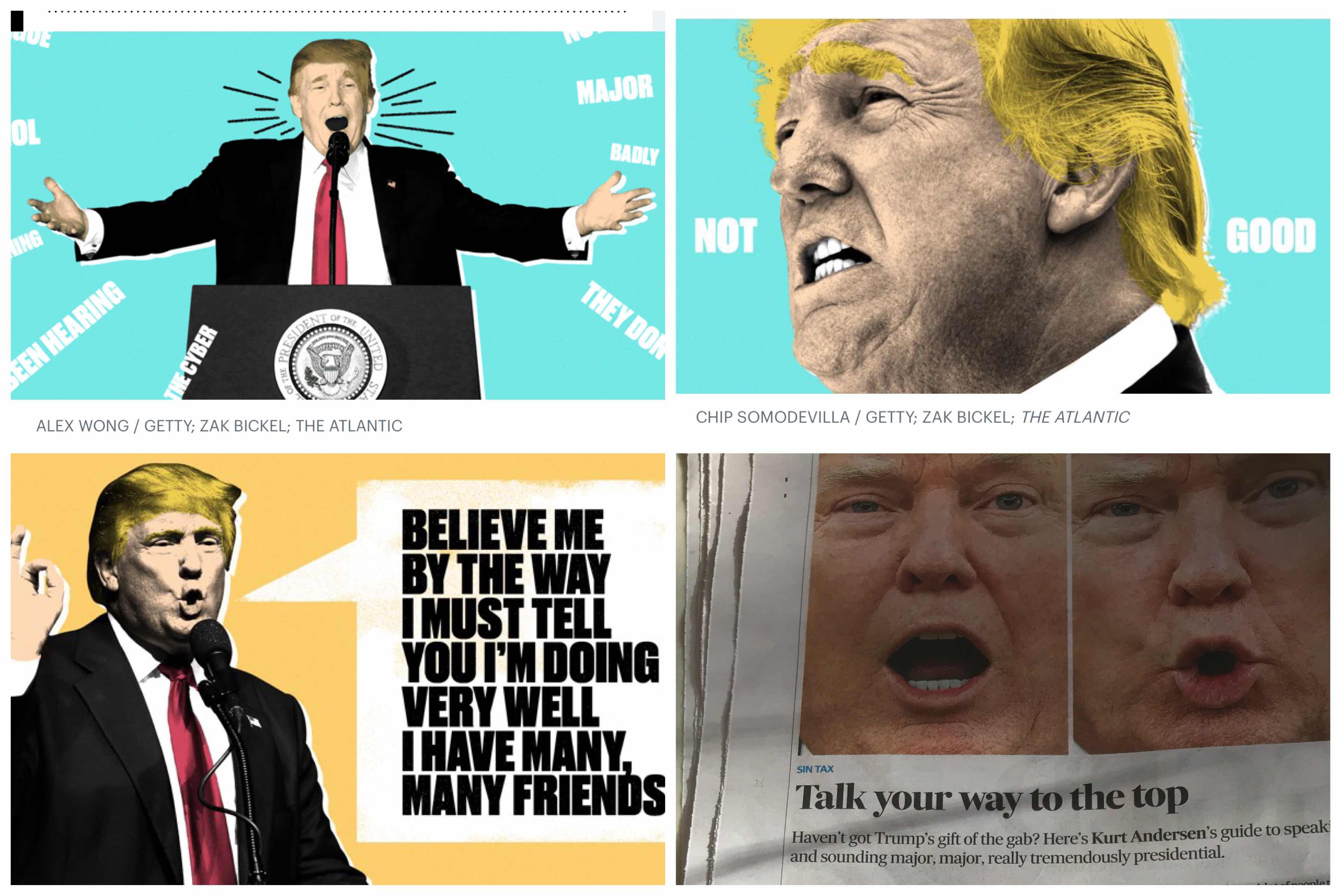 By Kurt Andersen –
https://www.theatlantic.com/magazine/archive/2018/03/how-to-talk-trump/550934/
As soon as Donald Trump announced his presidential candidacy, people noted a few of his linguistic quirks, such as the extended, supervowel pronunciation of huge and the references to himself in the third person. But beyond those, the version of English he speaks amounts to its own patois, with a special vocabulary and syntax and psychological substrate. A year ago Alec Baldwin and I decided to write a parody memoir, You Can’t Spell America Without Me: The Really Tremendous Inside Story of My Fantastic First Year as President, entirely in that dialect. To prepare, I spent weeks studying transcripts of his interviews and press conferences and depositions, as well as thousands of his tweets, to assemble a lexicon I could consult as we wrote. This is an abridged version of that Trump style guide.

*as a synonym for suspicious

*as a synonym for cheap or widely distributed commodities, such as illegal drugs and leaked intelligence

NONSTANDARD INCLUSION OF THE DEFINITE ARTICLE

• the African Americans• the blacks• the cyber• the Latinos• the women

QUICK REPETITION OF WORDS AND PHRASES

KURT ANDERSEN is the host and co-creator of Studio 360 and author of Fantasyland: How America Went Haywire—A 500-Year History.
Posted on July 8, 2018

Latest Blogs
What story do you tell yourself ?
Now you have the message, you can’t repeat it too often
Where and how people are contracting the virus
Turning a “no you can’t” into a positive – so cool!!
Jacqueline Guichelaar – CIO for CISCO shares with us Cisco’s response to Covid-19 and a whole lot more
The news is that Oz and NZ is in the news – the New York Times – on how we are flattening the curve
8 ways to cope with Criticism
There are so many cool things that I can think of that has come happenned as a result of this Covid-19 slowdown – here are some of them…. feel free to add!
Jobkeeper Payments